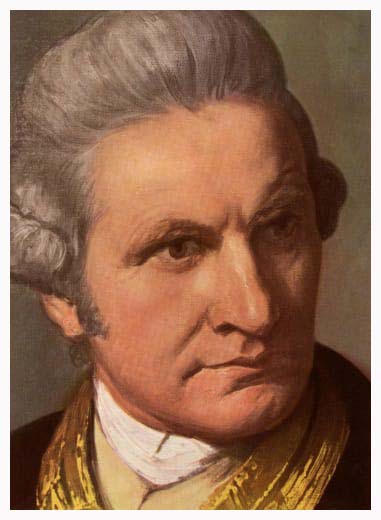 Staithes was established in the mid 15th Century simply as a landing place for a settlement known as Seaton Garth a little further inland. But from the 16th Century it developed a reputation as shellfishing village. By the early 1800's Staithes was the largest east coast fishing port north of the Wash. Whilst Staithes is still famous for many things, it’s past fishing industry has now sadly declined although one or two boats can still be seen in the harbour offloading their daily catch.

The area also has a long association with mineral production and was once a major export centre for alum to be used as a fixative for dying cotton. Indeed in the late 1700’s and early 1800’s alum was so valuable a commodity that it was actually dearer than gold!

Staithes was also the boyhood home of Captain James Cook where he worked in a chandlers shop before embarking on a distinguished naval career.

Many artists are drawn to the area by it’s outstanding natural beauty and this led to the creation of a collection of artists known as “The Staithes Group” whose works are now highly sought after.

For 30 years from 1880 the Staithes Group lived and worked in and around the village and played their part in revolutionising the British art scene. In this period the place was host to artists of international stature as the group’s work evolved from realism to impressionism. One of the best known was Dame Laura Knight who met her husband-to-be, Harold, here in 1897 – the couple later making it their home for many productive years before heading south to join the Newlyn School in Cornwall. There is a collection of the Staithes Group works in the Whitby Museum in Pannet Park.